“You can lock yourself in a closet in a fine mink stole. But it really doesn’t matter if you ain’t got soul.”

Immediately after 1992’s Fourth of July Weekend, Marsha P. Johnson’s body was found in the Hudson River. Sources differ between murder and suicide with probable cause supporting both means of death, yet law enforcement still remains uninterested in further investigating the case. Despite NYPD closing off 7th Avenue to allow a peaceful transport of her ashes by friends and chosen family to the Hudson River, this was without a doubt a tragic and undeserved ending for a New York pioneer.

Nearly 27 years later, it was announced that along with Sylvia Rivera, Marsha P. Johnson would be memorialized with a statue in front of The Stonewall Inn: the same place where, according to urban legend, she threw a shot glass through its window and a brick at a police officer during the now infamous 1969 riots. NYPD recently acknowledged their involvement with the riots. Even if this apology is 50 years too late, the legacy of Marsha P. Johnson lives.

But that’s not her whole story, not even in the slightest.

Marsha P. Johnson is, was, and forever will be someone who exemplifies the Blues, even without actively devoting her life to the art form. The fact that she always found reason to smile in the face of mounting prejudice, injustice, fluctuating mental health, and harsh living conditions is one of the most inspiring facets of her character. Throughout Pride Month, everyone and their mother had been posting pictures of her throughout social media in solidarity and support for LGBTQ+ community. While well intentioned, sometimes that show of support can be vapid, or at least not deep enough.

As a pioneer of LGBTQ+ rights, Marsha P. Johnson has been put on a pedestal. That’s not to say that being put on a pedestal is a bad thing per se; however, it becomes easier to forget a person’s humanity after they’re raised above the rest. As much good work as she’s done for queer liberation and activism, her most beautiful moments stem from her simply living her life. With her presence looming through this month’s festivities, there’s an air of curiosity about her life away from the activism.

Fellow activist and former roommate Randolfe Wicker has been a main source preserving the legacy of Marsha P. Johnson by documenting some of her most intimate moments on his YouTube channel. In these home movies, she’s performing, walking her beat around Christopher Street in Manhattan, along with other…regular activities. There are fun stories from family (blood and chosen) that not only add dimension to her mythology, but also shows why she was the person to throw the shot glass through The Stonewall Inn.

Marsha P. Johnson changed minds and hearts by being herself. She also stirred trouble and started fights, pushed people away, and received bans from various bars. Her adult life was mired by mental illness and poverty. She found community and hundreds of supporters around the world. She lived a whole life because she represented so much more than just what she was (in)famous for.

Two of Wicker’s videos stand out in particular:

The first Marsha performing and original poem called “Soul.” The delivery, gumption, and passion in her voice all sell the weight and levity of her words. When stating the last two stanzas, she easily could’ve dropped the microphone in a statement of authority. I easily could’ve written an entire post close reading this poem from top to bottom but her words speak for themselves.

There’s also an account from Marsha’s sister Norma, which Wicker recorded in 2014. As a child Marsha was already dressing in drag and entertaining her neighbors, catching the ire of a man who felt offended that his mother enjoyed Marsha’s company. Norma stood up for her sibling and the man apologized profusely for calling Marsha the F word. It’s an everyday account that I’m sure Norma had to endure on regular basis, but I found it quite comforting to see how Marsha was a beacon in her old stomping grounds.

No matter what she did in her life, there’s was always a sense that Marsha P. Johnson was willing and able to unapologetically express herself. Her legacy for LGBTQ+ folks around the world cannot be overstated. At the same time she represents New York City in the throes of constant protest; the life and times of people with mental illnesses; the importance and joys of community; the power of activism. The hope is the individual facets of her life and legacy can be remembered and celebrated with equity.

Marsha P. Johnson is a reminder to be fearless with self-expression. Even if the Blues may follow me everywhere I go, I can bring what I learn in Blues dancing into any part of my life, sometimes even vice versa. If anything she challenges me to intersect as much as I can. I didn’t cover her whole story; there is so much more to discover about her in so little time. I just hope I was able to fill in some blanks about someone who acts as a fervent, rainbow over the city I love to call home. 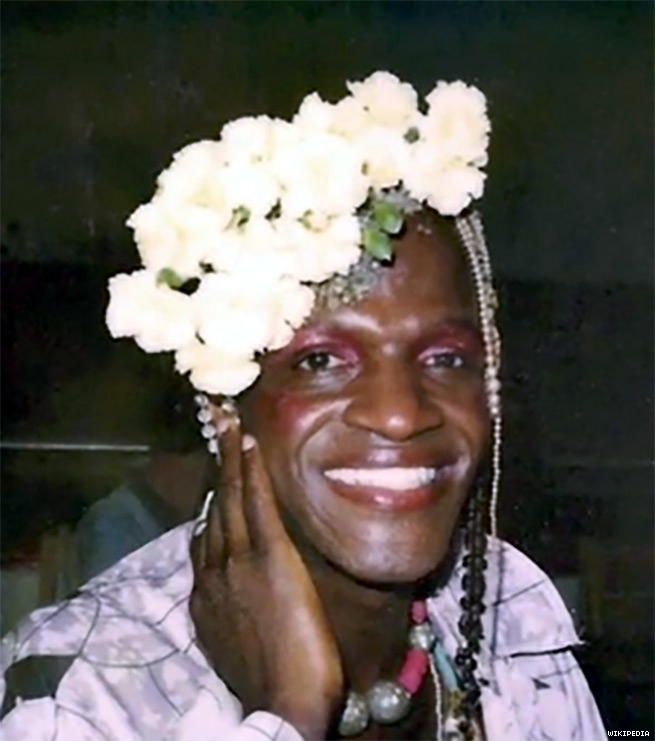