“Work’s been kinda slow since Cartoons went to color. But I still got it Eddie!”

For me growing up, Betty Boop was like the cool older cousin I rarely got to see but always liked having around. By the time I was regularly watching Cartoon Network, Betty Boop cartoons were aired few and far between compared to the other titans of Looney Tunes, Tom & Jerry, and even Popeye. Regardless, all of her cartoon shorts are alluring in their wackiness, attitude, and wanderlust. Betty Boop represented the wild times of the Roaring 20s and the experiences of Flapper Girls. For someone who didn’t get to read The Great Gatsby until high school, having Betty Boop as my introduction into that culture sits quite well with me. Daisy Buchanan? That fickle Long Island Princess? Nah, give me Betty Boop; we’ll race cars.

Subject to controversy because American society in the 1930s couldn’t fathom a woman being flirtatious, adventurous, and self-determined in any capacity, Betty Boop’s momentum couldn’t make it to the 40s as Fleischer Studios tried to adapt to the standards brought forth by The Hays Code. Thankfully, her run from 1932 to 1939 was seminal enough to establish her as a cultural icon of sorts. Before The Hays Code however, was a case of legal controversy surrounding the origins and influence of the character. 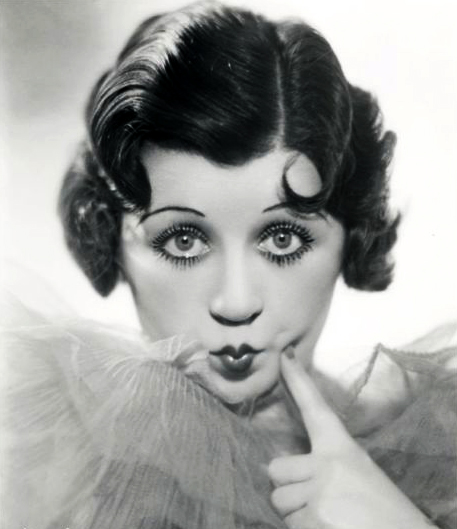 Enter: Helen Kane. She was Paramount’s breadwinner from 1929-1931, making at least seven films under the company at a salary of $8000 a week. When Betty Boop first went into production, animator Grim Natwick admitted to finding inspiration in Kane whilst designing the character, admiring her baby voice and nasal singing. As the cartoons got popular, Helen Kane felt entitled to a piece of the pie, suing Max Fleischer and Paramount Studios for $250,000.

On paper, this could’ve been an open and shut case: there are dozens of videos of Helen Kane doing the “Boop Boop a Doop” shtick Betty is known for. Fleischer Studios even produced a cartoon of Betty performing “I Wanna Be Loved By You,” the song Helen Kane made famous. An animation studio fronted by a powerful man reaping the spoils of a woman’s hard work? Everybody should’ve been in Helen Kane’s corner.

Only one problem, Helen Kane’s based most of her persona on a Black woman. Enter: “Baby” Esther Jones. 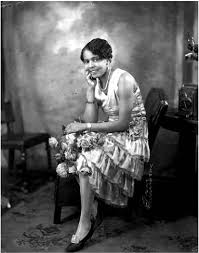 Unfortunately there isn’t any footage of Esther Jones performing, but this information became public knowledge in Helen Kane’s own lawsuit. Jury claimed that she couldn’t claim any parts of Betty Boop’s character as her own since she appropriated from Jones. Fleischer Studios may have been able to keep their riches and continue to grow, but this was the beginning of the end for Helen Kane; all because she was reaping the spoils of a Black woman’s hard work.

What of Baby Esther Jones though? Not much is really known about her unfortunately. Helen Kane’s court case revealed that Jones did much of her performing on the New York cabaret scene during the 20s. Since then, there are pictures and grainy audio that give a sense of how she performed. Other than that, she has mostly been lost and forgotten to time.

Even if Esther Jones is the unspoken origin of Betty Boop, Fleischer Studios had no way of knowing that before the court case. Not to speculate too much, but Betty Boop probably wouldn’t have been the icon she is today if the studio found out about Esther Jones before Helen Kane did. The point of the cartoons is to portray a curious, fashionable white woman interacting with the unknown world. There’s plenty of coding to be unearthed with them: case in point, the Louis Armstrong featured “I’ll Be Glad When You’re Dead You Rascal You.”

Betty gets captured by “African savages” and her companions have to save her. Even if the cartoons did wonders in boosting the profiles of Black performers such as Armstrong, the animosity towards the people still exist, getting in the way of how I enjoy the cartoons today. Not to mention, Flapper culture and the Roaring 20s saw white people find enjoyment of Swing and Jazz music, two styles built off the backs of Black people, without considering the Black people who weren’t as famous as Louis Armstrong (at least there was the Harlem Renaissance).

As it stands, Betty Boop is a symptom of that intrinsic mentality that plagued Pre Civil Rights Movement America. She’s still fun to watch, that can’t be taken away from her. But the people behind her creation and popularity exhibited a lack of accountability that nearly resulted in an important figure being muted.