“Do you remember those special times? They’ll just go on and on in the back of my mind”

What was your first Michael Jackson video? Was it Thriller in all of its 80s thrills and dated scares? Was it Bad in all of its 80s attitude and New York grit? Dare I say, Captain EO in its 80s sci-fi camp and feeble attempts at positive messages? No matter where any of us started in our journey of Michael Jackson videos, there’s no denying that the man, even in the afterlife, is the undisputed King of Pop (and that’s coming from a Prince fan).

As I write this on what would’ve been his 60th birthday, I couldn’t help myself from reflecting on how influential he is on me in terms of my performing. From his singing to his dancing, and everything in between, he is someone I emulate on my journey towards being better in my crafts. Granted, bringing his name up is always asking for controversial conversation. At the same time, he’s always someone who’s worth discussing in any capacity.

While I can’t specifically remember which of his music videos was my first one, I will always remember my favorite…

I still don’t know what attracted me to “Remember the Time” in the first place when I was a kid. It might’ve been the seemingly endless saturation of Gold in nearly all of its frames, but it also could’ve been the sheer black comedy of its three and a half minute intro. What I do know is that I always come back for its high production value, the cameos of some of the most iconic 90s celebrities, and the magnificent dance sequence at the tail end of the video. Normally this would be the part where I go into detail about the song’s lyrical content, but it’s just a simple tale of Michael reminiscing on a relationship that grew apart. It’s still one of the best songs on Dangerous, thanks to his performance and emotion more than the lyrics.

Honestly, I could stop here since I would like to think that all Michael Jackson fans know about the song and video. But as I keep thinking about it, one thing becomes increasingly clear: “Remember the Time” just might be the centerpiece of the most pro-Black period in his career. 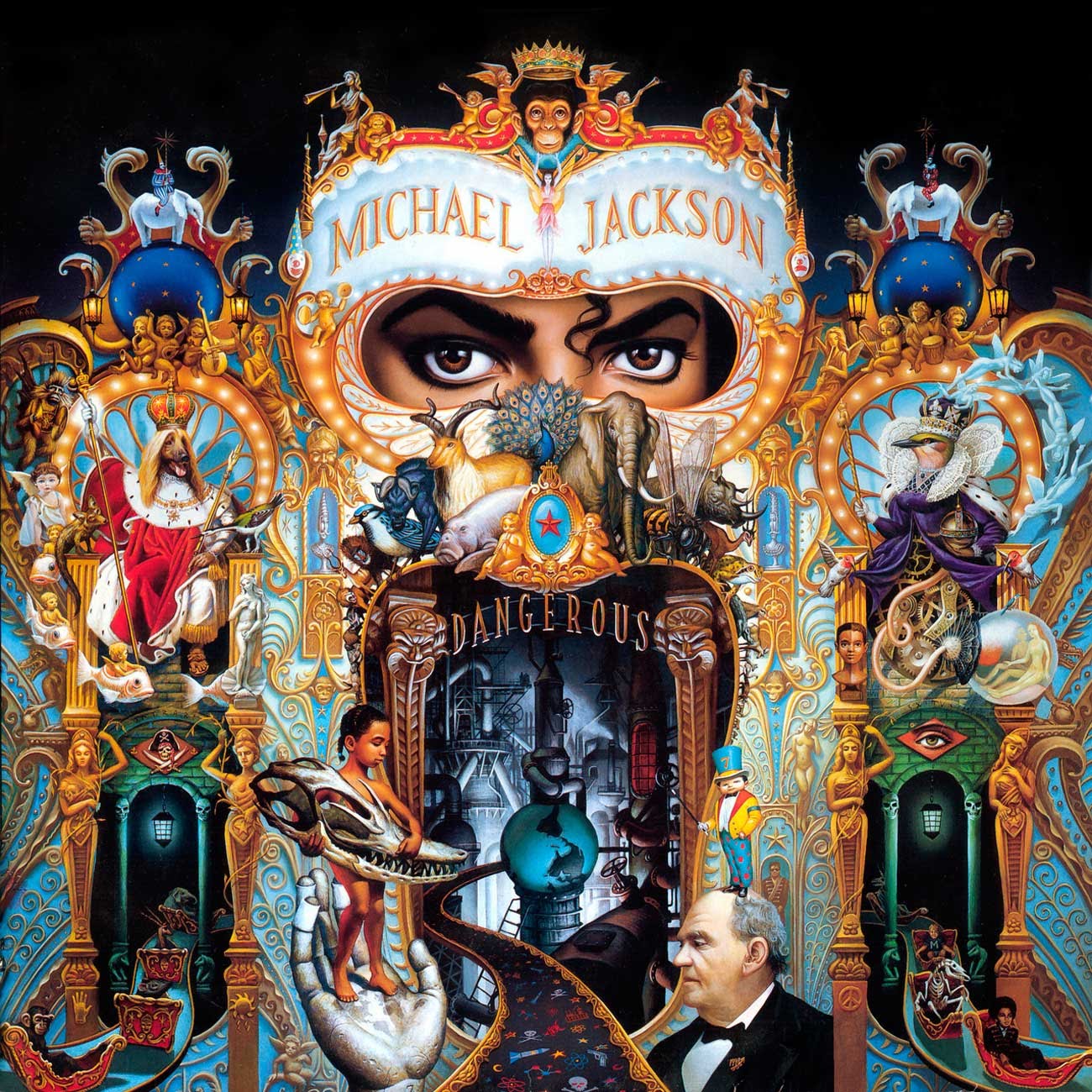 Here’s something to consider: Michael Jackson spent a good chunk of his solo career casting the widest possible net for worldwide fame, which meant appealing to Black audiences took somewhat of a backseat. Well, as much of a backseat it could possibly be because…Michael Jackson. He could’ve topped the charts with a song of him adlibbing for four minutes straight if he wanted to (and he kind of does, more on that later). At the same time, the music he was making before Dangerous felt more palatable to what white audiences were into.

Granted, songs from Off the Wall and Thriller are tough to pin down. While both genre busting albums, most of their songs bank off the dying breaths of Disco, which started with Black people before white people stole it and tried to kill it as soon as they were done with it (as they’re wont to do). Songs from Bad on the other hand are undoubtedly wider scoped, pulling from Rock, Funk, Synth, Industrial, and even Metal in some moments. Metal: a genre where Led Zeppelin, Metallica, Megadeth, and Van Halen ran rampant. Yet my first two Metal songs were essentially “Beat It” and “Dirty Diana” and I still have no idea how to feel about that. Nevertheless, Black people were always bound to be in Michael’s corner, even when he focused his efforts on being “White Famous” 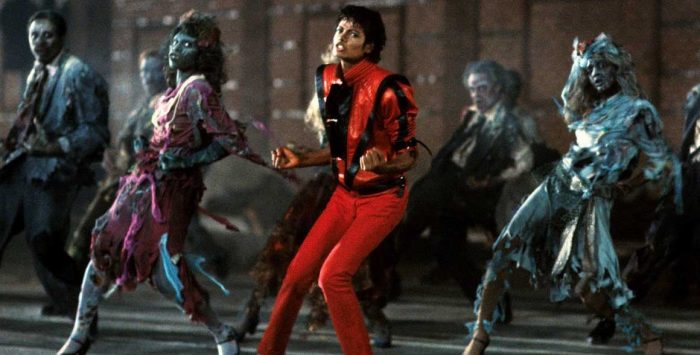 So the more I look back on the Dangerous era in terms of Michael Jackson’s career, the more I realize how much he used his star power to boost Black culture into the limelight it deserved, along with boosting the profiles of other Black celebrities. It wasn’t that the people, Black or white, he collaborated with needed the clout working with the King of Pop brought. It was more about the King of Pop wanting to get in touch with the culture that never stopped singing his praises. A more cynical person would say that he wanted to capitalize on Hip Hop’s early momentum. Valid but…Michael Jackson. He could’ve made a chart topping Country song just as easily if he wanted to (probably hasn’t been released to the public yet).

And even if he was trying to capitalize, look at what Dangerous did for Teddy Riley, the pioneer of New Jack Swing. He spearheaded the leading Pop movement for Black people at the time, producing for the likes of Keith Sweat, Bobby Brown, Guy, and Big Daddy Kane (then after Dangerous he made “No Diggity” so happy ending for him). Did he need the clout? Probably not; but working with Michael Jackson before the age of 25 and winning a Grammy for his efforts definitely helped make him into the force of nature he is today. Following a cosign from Quincy Jones, he co-produced seven of the album’s fourteen tracks with Michael. I would even go as far to say he was the co-executive producer. Considering how Dangerous is classified as the highest selling New Jack Swing album of all time, his contributions seem to stand the test of time more than the contributions of fellow producers Bruce Swedien and Bill Bottrell.

So…three guesses as to who was responsible for “Remember the Time.” 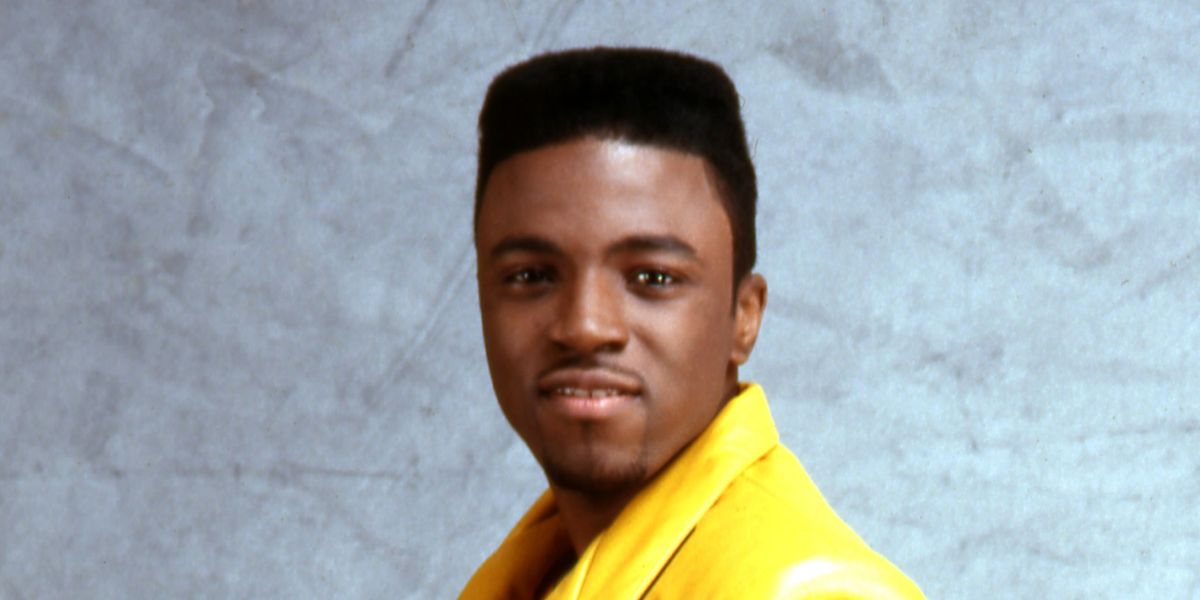 As previously mentioned, “Remember the Time” is a song quite simple to dissect in terms of its lyrics, in an album that mostly follows suits. Its structure and melody on the other hand are built off of Teddy Riley’s patented New Jack Swing motifs, with the Michael Jackson seal of approval. Rinse and repeat for six more tracks, add ballads and crossover songs from Bruce and Bill, and that’s Dangerous in a nutshell. The only other notorious moment from the album’s promotion is the video for “Black or White.” Remember how I said Michael Jackson could top the charts with him adlibbing for four minutes straight? The last four minutes of its video are what probably catapulted the song to #1 on the Hot 100 by its third week.

So it’s not difficult to consider the video for “Remember the Time” as a palate cleanser from “Black or White.” In contrast to the previous video’s rage, primal urges, and showcase of his dance moves, “Remember the Time” is a celebration of Black excellence: nowhere near as visceral, yet more striking as a showcase of Black culture, past, present, and future.

Making the most of its $2 million budget, the video is set in ancient Egypt with special effects, plot, scenery, and costumes to match. Sands from hourglasses, dim marketplaces, and candlelit temples all create an aesthetic that dropped jaws back in 1992. The only way it would’ve been better is if it was actually shot in Egypt and not Los Angeles. Though, even if it’s dated in today’s standards, there’s still a lot of charm. 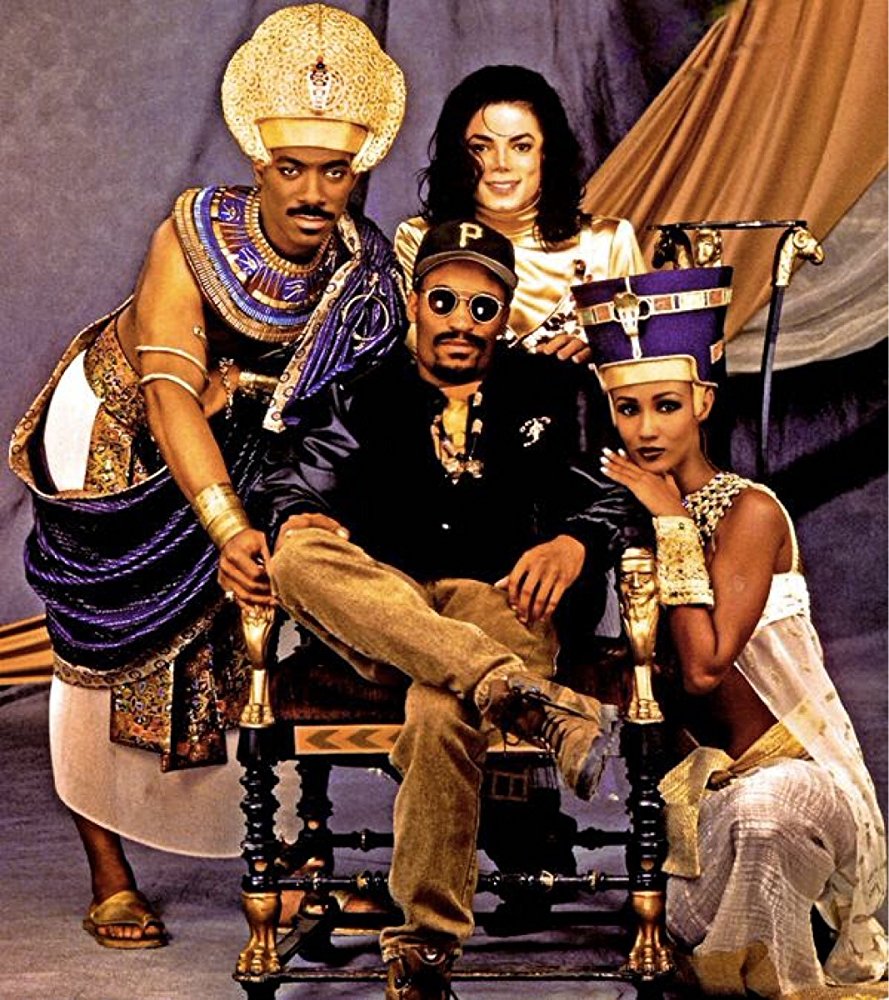 The celebrities that fill out the video couldn’t match Michael’s star power combined, but seeing them interact with the King of Pop definitely made for an extravaganza. In short order, Michael punks out Eddie Murphy by flirting with Iman and runs away from Tiny Lister, while Magic Johnson looks on in awe. That’s something only Michael Jackson was famous enough to pull off so well (just like teaching Michael Jordan and Bart Simpson how to dance). Of course, props go to director John Singleton, who was coming off his first film, Boyz n the Hood, and Fatima Robinson, who’s choreography career started here. Their behind the scenes work helped contribute to the Michael’s vision.

And speaking of dancing, the dance sequence at the end of the video…marvelous. Black dancers back up Michael Jackson in sharp formations. MJ riffs with his signature popping while the dancers indulge in tutting and traces of voguing. Evoking images of hieroglyphics, the sequence really ties the video together, while setting precedent for dance competitions that specialize in these styles for years to come.

At the end of the video, Michael Jackson eludes the pharaoh with a mischievous smile, vanishes into thin air leaving gold dust behind him, leaving onlookers astonished while leaving me thoroughly entertained. It was as if Dangerous was building up to this moment: Michael showing the world that his throne can never be challenged. Even as he branched off into stratospheric heights untouched by any one else, he always remembered where he came from, and acknowledged where his culture was going. He made Black people proud, especially the one writing this post. Unfortunately, 1993 would end up revealing details about his personal life that are still touchy subjects, even nearly ten years after his death, morphing his career into a constant battle for peace and sanity. He would never be the same after Dangerous, arguably tarnishing his own legacy. At the same time, only Michael Jackson’s music could overcome any attempt at preventing people from dancing their butts off. Somehow, that includes himself. Despite what has been said about him, good or bad, that might be the true mark of a genius king.