Don’t let nobody tell you you ain’t strong enough

This is quite hard to write. Simply put, I have way too much to say about Janet Jackson. I wrote my final undergraduate term paper comparing Rhythm Nation 1814 and janet. Watching her music videos is one of the reasons I got into dancing in the first place. Also, I probably listen to her at least five times a day. The Queen of Pop (eat your heart out Madonna) has been one of my major influences and dedicating a post about her simply won’t capture how much she means to me.

Sometimes, I wish I could take the admiration I have for Janet and turn it into confidence in myself. Self esteem can make all of us feel either like we’re on top of the world or lower than the dirt we walk on. With the life I’ve had, I’ve grown to expect and adapt to any shift in myself to where I can freely admit this. That expression doesn’t make my situation any easier to deal with; I just grow stronger, which is its own reward.

I mention this because taking a deep dive into Janet Jackson’s personal life can induce plenty of discomfort and rage. From surviving her controlling father to diving into an abusive marriage at 16 years old, it’s quite the miracle that we’re paying homage to such a healthy and strong person days after her 52nd birthday, especially when others in her position aren’t so lucky: 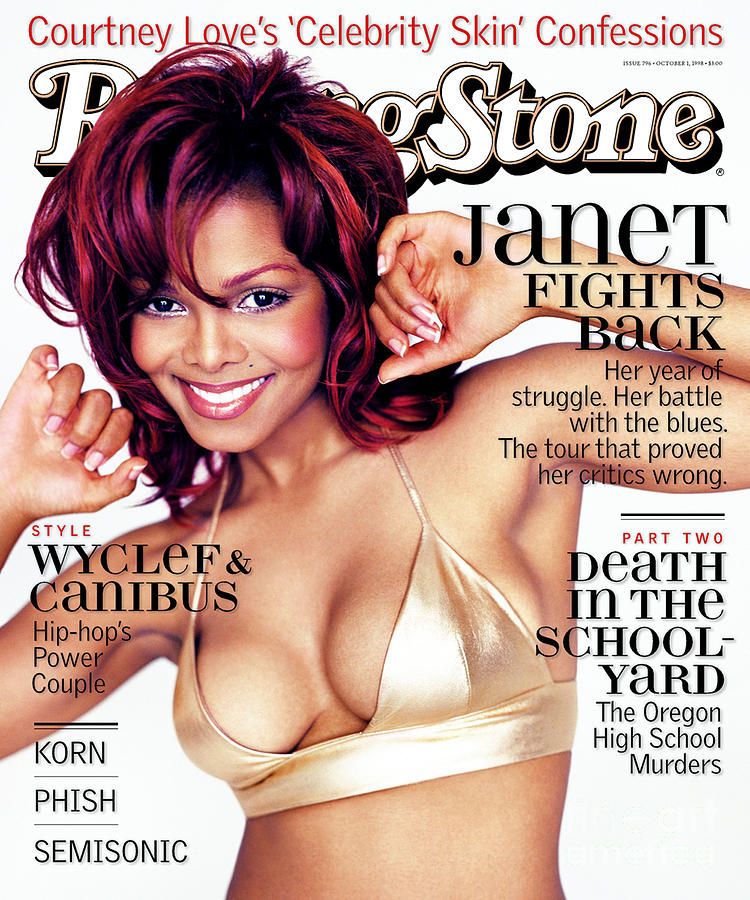 “I always think of my mother, whom I adore, and the attitude she expressed: ‘Anything to make ends meet.’ When we lived in Gary, Indiana, when she already had given birth to nine children, she’d walk the winter streets to work at Sears. And this is a woman who, because of polio, walks with pain. This was when my father worked in the steel plant. Work is part of my genetic code; work is in my blood. My response to adversity is always the same: Work harder.” 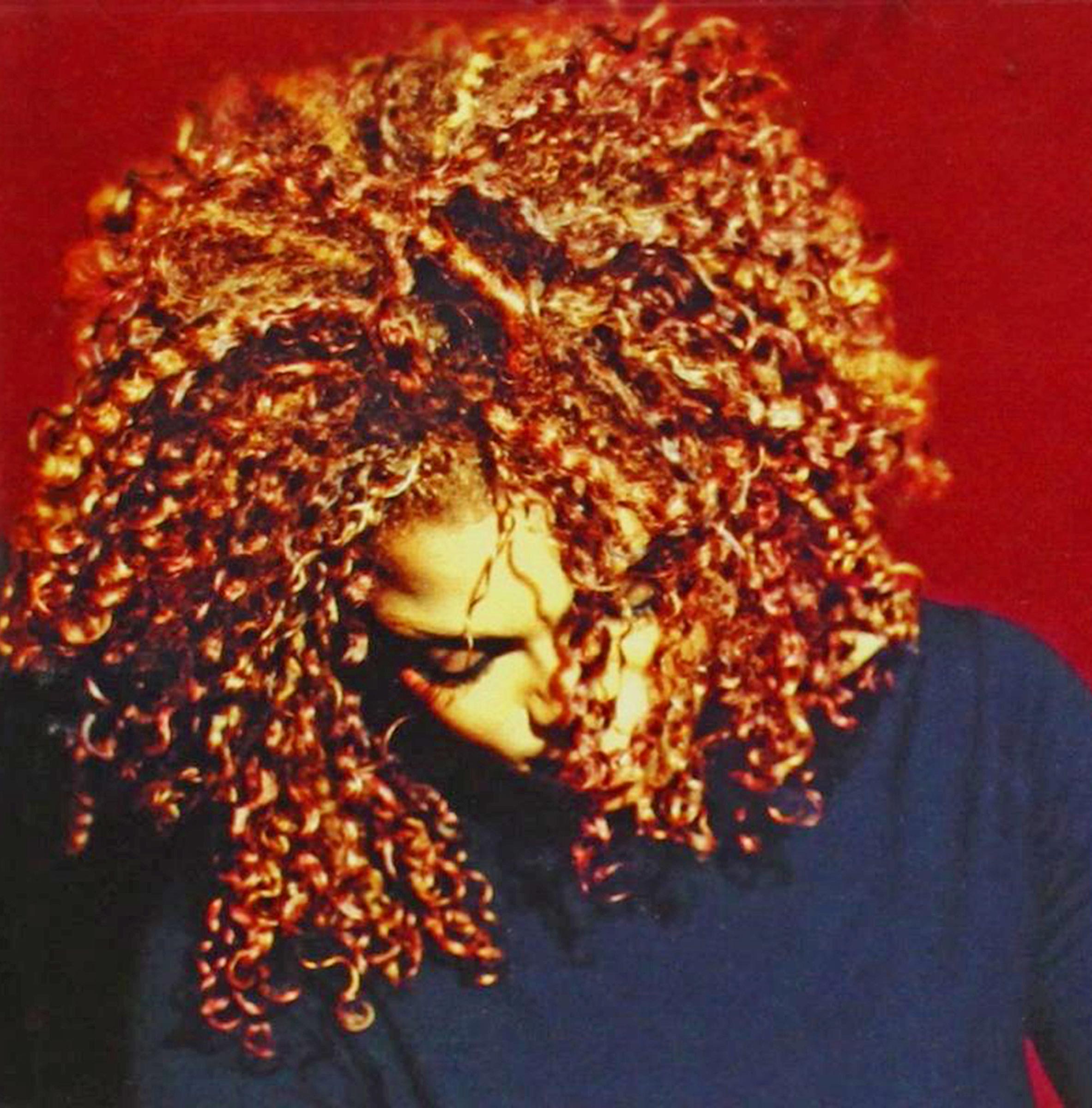 On her sixth studio album The Velvet Rope, Janet’s hard work and determination towards self-improvement and rediscovery pays off in dividends. Relentlessly honest, experimental, ambitious, and powerful at every step, I make no apologies in calling this album my favorite Janet Jackson album of all time. Twenty years after its initial release and I’m still taking away more lessons from its content. The most consistent lesson I’ve taken away from it, however, is stated in the title track: “we have a special need to feel that we belong.”ť

In its 22 tracks spanning over 70 minutes, The Velvet Rope covers such a long range of topics: codependency, sexual curiosity, BDSM, homosexuality, depression, domestic abuse, the AIDS epidemic, online dating, and self esteem. With such a large breadth of coverage of social issues, it’s unsurprising that the album stands the test of time over 20 years later. As a matter of fact, I would even argue that she was ahead of her time with some songs. “Empty” goes into detail about a chat room romance hindered by the limitations of a slow dial up Internet connection. Meanwhile her cover of Rod Stewart’s “Tonight’s the Night” doubles (or triples) down on the 70s hit’s sexual lyrics by recontextualizing it into an ode to threesomes, long before Lonely Island had the chance to. But regardless of how much of a pioneer she was with lyrical content, all that ultimately matters is that each song plays into the thesis statement of the album in different ways.

Of course, the work towards recording such an album requires fortitude and patience. As much as I commend and admire Janet Jackson, there’s no denying her humanity. Reflecting on the album’s beginning stages, she would go into excruciating detail on how difficult the album was to record. Despite the fact that she signed an $80 million recording contract a year prior, she would miss studio sessions for days on end, break down into tears during takes, use evasion tactics to avoid reliving her traumas, among other details that make me want to cry along with her. That’s not to say that she wasn’t living up to the demands of her contract; that certainly wasn’t the case. It’s to say that the pain became too overwhelming at times to find her groove.

“Singing these songs has meant digging up pain that I buried a long time ago. It’s been hard and sometimes confusing, but I’ve had to do it. I’ve been burying pain my whole life. It’s like kicking dirt under the carpet. At some point there’s so much dirt you start to choke. Well, I’ve been choking. My therapy came in writing these songs. Then I had the find the courage to sing them or else suffer the consequences –– a permanent case of the blues.”

Nowhere is this clearer than on the song “What About.” Tackling domestic abuse head first, Janet goes from meek and shaky during the verses to furious and defiant on the hook and bridge. She portrays the “romantic interest” as dedicated to making the relationship work, perhaps even alluding to a marriage proposal. Then she portrays the protagonist as aware of the misery and pain she experiences behind closed doors. There’s no doubt in my mind that memories of her first marriage came to mind during the recording sessions. Out of all of the tracks on the album, “What About” is consistently the hardest to listen to.

Thankfully for listeners, The Velvet Rope doesn’t skimp on heart pumping dance tracks. Lead single “Got ‘Til It’s Gone” is much better known for its Grammy award winning music video (and a sampling lawsuit) but the groove is undeniable. Joni Mitchell and Q-Tip are welcomed guests on the song, combining folk and Hip Hop into an ambient R&B jam. “Together Again” was the sole #1 hit on the album, and for good reasons: it’s a soulful House track sung in memory of those who died of AIDS. Even though it wasn’t a single, “Free Xone” is an ambitious dance track that does its best to normalize/celebrate homosexuality during a time when homophobia was still running rampant.

But that does beg the question: were critics and listeners ready for The Velvet Rope? Even though Janet has had steamy songs since the 80s, probably not. Listeners certainly responded well to the album, considering that it went 3x Platinum in under two years, but I’ve definitely read reviews that frame the album as too indulgent in its sexual content. As valid those criticisms may be, the fact that she was fearless in singing about her sex life, her passions to change the world, and the conflicting feelings that may come in between will always be admirable. She empowered her listeners to be fearless in living out their passions and desires as long as they were safe and didn’t hurting anybody in the process. That’s always been the case with her as a Pop icon; that didn’t change when her music grew up with her listeners.

I consider myself lucky to have grown up with The Velvet Rope at my side. “You” was always a go to, not just for its magnificent sample of “The Cisco Kid” by War, but also for it being a self-accountability anthem of sorts: “Check in the mirror my friend. No lies will be told then. Pointin’ the finger again? You can’t blame nobody but you.” Recent listens have gravitated me towards “My Need” for its break beat and potent bass line, not to mention that I try my best not to cry when she sings on the bridge: “I need you like the flowers need the rain. I need you like the blues need the pain. I need you like the stars need the night. I need you like the waves need the sea.” And even though I probably should not have been listening to “Rope Burn” at the age of three, learning more about the song’s meaning as I got older was delightful…and frightening.

However, I have to say that my favorite song on the album has consistently been the third single, “I Get Lonely.” I’ve always gravitated towards late 90s R&B and this is easily one of the best songs of that era. The hook is explosive, the breakdown is iconic to this day, and it might be Janet’s best vocal performance on the album. It got to a point where I actively avoided listening to the song for a spell. From rainy nights crying myself to sleep, to day breaking longboarding sessions along the Hudson River, this song has been with me in nearly every instance of my short life. When I reflect on why I avoided it, all I can muster up is the fact I was simply exhausted of relating to it as well as I did: “©But there’s no reason why I fell asleep late last night, cryin’ like a newborn child. Holdin’ myself close. Pretendin’ my arms are yours. I want no one but you.” I can only imagine how tough it was for Janet to record it, but she was able to power through the pain and trauma to create a timeless song.

The album ends with “Special” and features the hidden track “Can’t Be Stopped.” They both serve as twofold self-affirmation anthems, recapitulations of the title track, and a feel good/empowering way to end the album. For all my praise and worship for Janet Jackson and The Velvet Rope, these two songs speak for themselves better than any way I can possibly end this post. All I can say now is go listen to the album and judge for yourselves. Janet’s quality of artistry is ultimately subjective and I can’t make any of you see what I see. Hopefully, the music will inspire you to realize how special you are.

In the interest of slowing the spread of COVID-19 and keeping our community safe, we will be holding all BDNY events online until further notice. At present, we fully expect June and July events to be online. Beyond that, our in person events are subject to the re-opening plans and guidelines determined be New York City and New York state. We appreciate your fortitude and kindness during this time. Look out for updates and announcements and stay safe!

For information about our Virtual Friday Night Blues, click this link â€”>Â Dance with us!